The Truth About Amalgam (Silver) Fillings 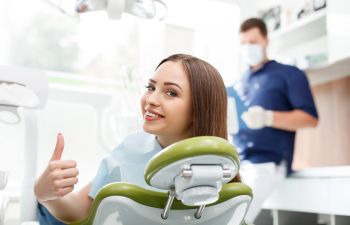 Having been used for over a century, amalgam fillings, otherwise known as silver fillings, were by far the most popular material used to fill in crevices of a tooth following the removal of decay and/or infection. In recent years, however, there has been growing controversy over the use of amalgam, due to the presence of mercury. In fact, some dentists have encouraged patients to have all of their silver fillings replaced with a composite resin or porcelain material, while others continue to utilize amalgam. This begs the question—what is the truth about amalgam fillings?

While there has been a strong emphasis on the presence of mercury in amalgam, there are other metals contained in the material. These include zinc, indium, palladium, silver, tin and copper. In 2009, The United States Food and Drug Administration (FDA) evaluated research concerning amalgam fillings. The FDA’s conclusion, as reported by Colgate, was that amalgam fillings were deemed safe for adults and children ages 6 and older.

Even so, the FDA has established an amalgam resource page providing up to date information regarding the controversial material. As it stands, the FDA still believes that the low levels of mercury vapor associated with amalgam fillings are not connected to adverse health problems in the general population. This belief is based on the FDA’s continued review of “credible scientific evidence.”

With this in mind, deciding which filling material to use to treat dental decay is a choice that must be made by you and your dentist. This involves weighing the pros and cons of different materials and considering where the filling is to be placed. In turn, knowledge is key. Because the controversy over amalgam fillings is complex and centers on the amount of mercury being absorbed by the body, patients are encouraged to ask questions if they are concerned.

Personalized Care and Patient Education is Our Priority!

At Grateful Dental, Dr. Leia Porcaro places a high value on personalized dentistry and patient education, inviting patients to play an active role in their dental treatments. Therefore, if you are concerned about amalgam fillings, call today to schedule an appointment. Our team welcomes the opportunity to speak with you!

Carla M.
Dr. Porcaro was terrific making me feel at ease during my recent visit for a filling. Also, my regular cleaning visits are great and there is little to no wait. The staff is friendly and always remember each patient. They do their best to make you feel comfortable the entire visit.

Sharon
Dr. Porcaro is wonderful to work with. She really cares about her work and me! She is very knowledgeable, polite, and professional. I would highly recommend Grateful Dental.

Stephen
I was worried trying out a new dentist! All my worries were completely alleviated as my experience at Grateful Dental was great. Very happy to have found Grateful Dental in Marietta.

Leave Us A Review