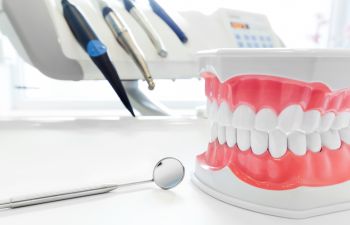 Do you notice bleeding gums when you brush or floss your teeth? “Pink in the sink” isn’t always cause for alarm, but it should never be ignored if it occurs on a regular basis. Your gums are a delicate part of your mouth, but they are also the foundation of your smile. These soft tissues protect your tooth roots and keep your teeth in place. The health of your gums can even impact the health of your whole body. Any changes, such as bleeding, should be addressed by your dentist.

7 Reasons Your Gums Are Bleeding

Gum bleeding can be caused by several different factors or conditions, and some are more serious than others. If you notice blood coming from your periodontal tissues, consider the following culprits:

When poor oral hygiene allows plaque to accumulate along the teeth and gum line, it can lead to periodontal irritation and infection – also known as gum disease. Gingivitis is the first stage of gum disease and the leading cause of bleeding gums. In such cases, your gum bleeding is a warning sign that you need to brushing and flossing better than you have. You may also notice that your gums are swollen, receding or more red than usual. It is not uncommon for pregnant women to experience bleeding gums due to “pregnancy gingivitis.”

Medications have many side-effects, including bleeding gums. In fact, several over-the-counter medications can act as blood thinners, which makes it easier for your gums to bleed during brushing or flossing.

3. Changes to Flossing or Brushing Habits

It is not uncommon to notice bleeding gums after you’ve flossed for the first time in several weeks (or months). This is the tissue’s normal response to new stimulation. In such cases, flossing more frequently will gradually reduce bleeding. When it comes to brushing, it is important to make sure you are not using aggressive techniques or bristles that are too hard. Gentle strokes with a soft-bristled brush is all you need to properly clean your teeth and gums without irritating them.

Don’t dismiss the role your diet plays towards your oral health, including your gums. Not only does sugary, starchy foods contribute to plaque buildup and gum disease, but bleeding gums can also be a direct result of a vitamin or nutrient your body is lacking.

If you are experiencing high levels of stress in your life, you could be at a greater risk of suffering from dental health issues, including bleeding gums. Stress can lead to frequent consumption of unhealthy foods, skipping your oral hygiene routine or grinding your teeth, which can all contribute to bleeding gums.

The way your teeth fit together when you bite down can also cause bleeding gums. A misaligned bite puts extra pressure on certain areas of your mouth, which can eventually trigger tissue deterioration, gum recession and periodontal bleeding.

The negative impact of smoking on dental health is unavoidable. Whether it is smoking cigarettes or vaping, any product that contains tobacco can result in bad breath, teeth discoloration and gum disease. If you are a smoker and suffer from bleeding gums, take action towards your gum health sooner rather than later to avoid advanced gum disease stages and tooth loss.

A Dentist for Gum Bleeding

At Grateful Dental, we take care of your entire mouth. While we love polishing and protecting your teeth, we never ignore the condition of your gums. It is important that you share your experience of frequent gum bleeding with us at your routine dental exam, as this can prompt us to monitor your periodontal tissues more closely. Our first step towards successful treatment will be to diagnose the cause of your bleeding gums. Solving your gum concerns may be as simple as finding a new toothbrush or improving your diet. In cases of gum disease, we may recommend a deep cleaning (scaling and root planing) or a more advanced periodontal therapy.

Don’t dismiss pink in the sink. Get help for your bleeding gums today. Make an appointment with the team at Grateful Dental in Marietta.

Carla M.
Dr. Porcaro was terrific making me feel at ease during my recent visit for a filling. Also, my regular cleaning visits are great and there is little to no wait. The staff is friendly and always remember each patient. They do their best to make you feel comfortable the entire visit.

Sharon
Dr. Porcaro is wonderful to work with. She really cares about her work and me! She is very knowledgeable, polite, and professional. I would highly recommend Grateful Dental.

Stephen
I was worried trying out a new dentist! All my worries were completely alleviated as my experience at Grateful Dental was great. Very happy to have found Grateful Dental in Marietta.

Leave Us A Review